A spokesman for German Justice Minister Sabine Leutheusser-Schnarrenberger said his office is working on an outline for new legislation that will permit circumcision of minor males after a controversial court decision in the summer that criminalized the rite.

The new law will allow circumcision with some provisos, including that it be carried out with the “most effective pain relief possible,” the spokesman said, according to AFP. Parents must also receive a full explanation about the procedure, which may not be carried out in cases where the child is ill or suffers from hemophilia.


The outline also states that, as a rule, circumcisions are to be conducted by doctors but can also be done on babies younger than six months by someone chosen for their religious credentials. That person must be as skilled at circumcision as a doctor, according to the new bill.

“Circumcision remains permitted in Germany,” the spokesman said, referring to the outlines for the new law.

Chairman of the Committee for Immigration, Absorption and Diaspora, MK Danny Danon, sent a message to German ambassador to Israel Andreas Michaelis, saying: “Germany’s commitment to the Jewish people and the State of Israel has been tested – and I’m glad that Germany passed successfully.”

Ayşe Demir, deputy director of the Turkish community in Germany, also welcomed the new bill. “If circumcision is banned, the practice will go underground and prompt circumcision tourism,” she said in a statement. “We approve of the proposal,” she added.

The president of the Central Council of Jews in Germany, Dieter Graumann, said that the draft met many of the expectations of the Jewish community, Deutsche Welle reported. “For this the justice ministry deserves respect,” he said.

The Frankfurter Allgemeine said the ministry had sought submissions of reactions from interest groups by Oct. 1, ahead of a parliamentary debate. 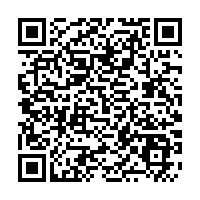