On Wednesday, Jan. 21, an Arab terrorist from Tulkarem, boarded a public bus during the morning rush hour and viciously stabbed a dozen Israelis. Several people remain in critical condition.

The bus driver, Herzl Biton, was stabbed multiple times as he bravely fought back against the attacker. He was in a medically-induced coma, as was another victim, but Biton today regained consciousness.

The hatred of Israelis, of Jews, has become such a public experience, that people on social media appropriated the recent homage to those murdered at the French satirical Charlie Hebdo magazine, “#JeSuisCharlie, and created their own version: #JeSuisCouteau, which means “I Am Knife.”

The people using this hashtag, frequently accompanied by grotesque cartoons of stabbed Jews or glorifying pictures of knives, are celebrating the vicious attack on Jews.

What follows are many examples of the tweets and Tumblr posts glorifying the weapon used to attack Israelis.

Some people have gone on the counterattack, and are using hashtags such as #JeSuisTelAviv and #JeSuisJuif. 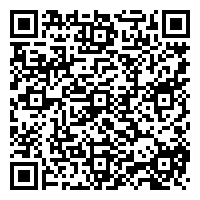