The IDF is in constant preparations for an attack on Iran’s nuclear program, IDF Chief of Staff Aviv Kochavi stated, “to provide an effective and timely military response.”

Speaking on Tuesday at a ceremony during which General Aharon Haliva took over as head of the IDF’s Intelligence Division, Kochavi stated that “the IDF and the intelligence community know a fair amount about what is happening in Iran and are working against Iranian entrenchment throughout the Middle East. Operations to counter threatening Iranian capabilities will continue in various arenas and at any time.”


“The operational plans against Iran’s nuclear program will continue to evolve and improve. Whatever may come—it is our duty to provide an effective and timely military response,” stated Kochavi.

Israel believes that Iran is weeks away from accumulating the material needed for a nuclear bomb.

Historically, Israel bombed the Osirak reactor in Iraq in 1981 and the Syrian nuclear program in 2007 before they went online.

Outgoing intelligence chief General Tamir Heiman said that “the complex reality in the Middle East continues to challenge us, the threats change, the reality changes, but the challenge remains constant. Iran is the source of the power of the systems facing of us. It is the financier, it is the one which arms them, and it is the driving force.”

Hezbollah in Lebanon, Hamas and the Islamic Jihad in the Gaza Strip, Shia militias in Syria, Houthi rebels in Yemen, and militias in Iraq are all financed and supported by the Islamic Republic of Iran.

However, “history teaches us about the end of such dark regimes, we need to continue to act to accelerate processes that are likely to occur in the future,” he underscored. 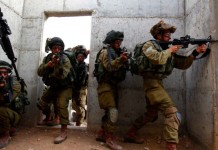 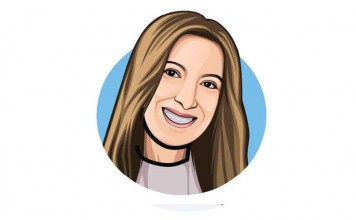 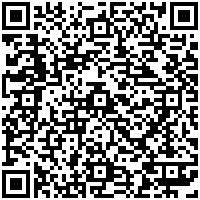