Israeli military officers and religious students are objecting to the selection of supermodel Bar Refaeli as part of an ad campaign to raise Israel’s public image.

Brig. Gen. Yoav Mordechai, a spokesman for the Israel Defense Forces, wrote the Foreign Ministry a critical letter of its choice of Refaeli, pointing out that she did not serve in the Israeli military.


“The choice of a representative who did not serve in the military as an official presenter on behalf of Israel conveys the message that we ignore and forgive evasion of enlistment, and encourages identification, among youths of both sexes with the success of those who did not enlist,” Mordechai wrote.

Refaeli married a family friend in 2007 in order to avoid conscription and continue her modeling career.

National religious students, virtually all of whom serve in the IDF, also have objected to Refaeli’s participation. Haredi students objected on the basis that she does not represent the Israeli public because she had a high-profile relationship with the non-Jewish actor Leonardo DiCaprio. 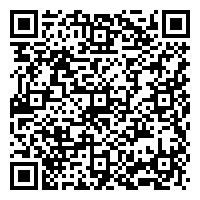