The IDF operation against Gaza, called “Tzuk Eitan” or “Protective Edge”, has commenced.

Israel Air Force planes have begun hitting targets in Gaza, following a day where some 80 Hamas terrorist rockets were launched against Israeli civilians.


Earlier in the evening sirens were heard as far as as Jerusalem, Beit Shemesh and Gush Etzion, as a barrages of 30 long range rockets were launched deep into Israel.

9 people have been reported injured so far in Israel’s retaliatory strikes which have ranged from the northern to southern edges of the Gaza strip.

The IDF has been dropping flyers in certain neighborhoods, telling the residents to evacuate their homes.

The IAF has been targeting the homes of Hamas members. Senior Hamas members have already fled, suspecting their homes might be targeted.

Hamas is very upset their homes are being hit.

Hamas chief Ismail Haniyeh has called for an emergency meeting with the PLO.

It is still not clear why Hamas has been doing everything it can to provoke a reaction from Israel.

Meanwhile the US (State Dept. Spox Jen Psaki) said, “We support Israel’s right to defend itself against these attacks,” but the US also urged Israeli to show restraint to avoid escalating the situation.

PA Chairman Mahmoud Abbas has called for an immediate end to Israeli strikes on Gaza, and called on the international community to intervene.

Israel’s ambassador to the UN has called on the UN Security Council to condemn Hamas. 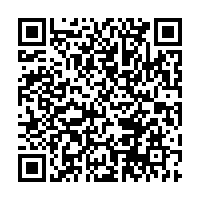