Terrorists from Da’esh (ISIS) have come up with a new way to pump up enthusiasm in the ranks.

A Qur’an (Koran) Contest offers a “beautiful young girl” to tempt group members to compete for the top three grand prizes, “or at least a few hundred dollars” to be awarded as seven consolation prizes.


The beautiful young girls and teenagers are prisoners that are being held as sex slaves by Islamic State.

The contest, which began last week on the first day of the holy Islamic month of Ramadan, ends on the 20th of Ramadan. The announcement of the winners will be on the 21st of Ramadan, while the awards will be distributed on the night of Eid al-Fitr.

The notice about the contest, which according to the Hebrew-language PZM website was posted on Twitter, read as follows:

‘Soldiers of the Islamic State, Commanders and Troops, Greetings and salutations upon the advent of Ramadan, May it be the will of Allah to accept our fasts and prayers May Allah protect us all from the fires of hell.

Da’wa institutions and mosques hereby declare the opening of the Qur’an memorization competition, To include the following traditions (chapters):

Those who wish to participate may register at the following mosques: Mosque of Abu Bakr, Mosque of Osama Bin Laden, Mosque of Abu Musab a-Zarqawi (senior Al Qaeda official, the founder of ISIS assassinated in Iraq in 2006), and the Al Taqwa Mosque.

We ask Allah the Great to ease and help you on your way in serving Him as He desires.
Da’wa Institutions and Mosques 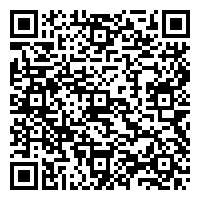