The non-governmental Israeli aid organization IsraAID said Thursday that it will launch a humanitarian response to the earthquake that struck eastern Afghanistan on June 22, killing at least 1000 people and damaging thousands of homes.

The NGO will work with local partners to assess the needs of the affected population and distribute essential medical and relief supplies, including bandages, sterile syringes, gauze, suture kits, tourniquets, pain killers, antibiotics and other basic medications.

“With large numbers wounded and the health system already under strain, there are growing concerns that that the lack of basic shelter and sanitation in the affected area could lead to a major secondary health crisis,” the organization said in a statement.

The recent magnitude 6.1 earthquake severely impacted Paktika and Khost provinces and was felt in neighboring areas including Kabul and Islamabad, Pakistan, and as far as India. While damages are still being assessed, more than 1,000 people have been reported killed and at least 1,600 injured, many of them seriously. The number of casualties is expected to rise as search and rescue operations continue.

In the most severely affected area, Gayan district in Paktika province, some 70 percent of the housing stock has been affected, with up to 1,800 homes reportedly damaged or destroyed.

In September and October of 2021, IsraAID coordinated the evacuation of 167 Afghan nationals to Albania and the United Arab Emirates, after a weeks-long collaborative humanitarian effort with governments, aid organizations, activists and donors.

Following the evacuation, the NGO established a mission in Albania to provide ongoing assistance to the more than 1,000 Afghan refugees in the country. As of June 2022, the vast majority of the 167 Afghan refugees that were helped by the organization have been resettled in third countries, including Canada, France, and Switzerland.

“Through the evacuation of vulnerable Afghan nationals last year and our ongoing work in Albania with Afghan refugees, we have gotten to know amazing Afghan people and communities,” IsraAID CEO, Yotam Polizer said.

“In the face of this devastating earthquake, we reaffirm our long-term commitment to help them rebuild their lives. We have been inspired by their resilience and strength and are proud to stand by and partner with them as they face another difficult time.” 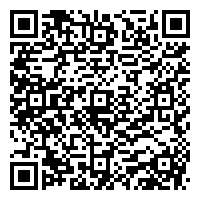