Israel unlocked its temporary ban on incoming flights from Europe at about 12 noon on Tuesday following a massive terror attack at the departure hall of Zaventem Airport in Brussels a few hours earlier.

However, it is not clear whether the incoming flights will be allowed by the local airports to depart, depending on the various security restrictions currently in place. In addition, there may be restrictions on which air space may be used in flights out of Europe due to the security situation.


Israel had issued a temporary ban on all incoming flights from Europe in the wake of a massive explosion shortly after 8 am near the American Airlines desk at the departure hall of Belgium’s Zaventem Airport in Brussels.

The ban had been scheduled for 10:30 am until midnight (Tues. Mar. 22), at least until the security situation was clear.

Outgoing flights from Israel to Europe were not affected by the security measure.

Passengers were asked to have patience with the extra security measures and to check the schedule board at the airport for updates.

Three flights were set to arrive in Israel today from Brussels. According to the IAA, a total of 24 flights were affected by the ban. 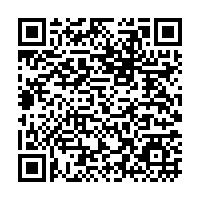