The Israeli government has finally capitulated and agreed to allow a mission from UNESCO, the UN’s cultural arm, to visit sites within the Old City of Jerusalem starting May 19.


The Mughrabi Ascent is a sand embankment which provides access to the Mughrabi Gate of the Temple Mount from the area of the Western Wall.

During the winter of 2004, the Mughrabi Ascent collapsed because of too much rain, too much snow and a little earthquake. Since the Mughrabi Gate is the only entrance for non-Muslim visitors and Israeli security forces to the Temple Mount, a temporary wooden bridge was erected, and plans were drawn for a permanent bridge.

There also happens to be an archeological excavation going on at the same site.

Israel has been acting transparently, both regarding the excavation and the plans for a permanent bridge to connect the Kotel area to the Temple Mount. The Palestinians have a vested interest in sabotaging both the archeology and the bridge building. So why should Israel acquiesce this time?

Because in return for cooperation with UNESCO, the Palestinians will postpone five resolutions “condemning Israel’s occupation of the West Bank.”

“It’s a door that was opened,” Israeli Ambassador to UNESCO Nimrod Barkan told the Post. “It’s a move toward confidence building and an attempt to see whether there is forward movement.”

Palestinian Ambassador Elias Sanbar said the five resolutions condemning Israel are in areas from settlements to archeological excavations. And the Palestinians are not deleting them, the are simply postponing them until September.

So, let’s see, what could be so bad about admitting an UNESCO mission officially into East Jerusalem?

Back in October 2010, UNESCO’s Executive Board voted to declare the Cave of the Patriarchs in Hebron and Rachel’s Tomb in Bethlehem as “al-Haram al-Ibrahimi” and “Bilal bin Rabah Mosque,” stating that they were “an integral part of the occupied Palestinian Territories” and that any unilateral Israeli action there was considered a violation of international law.

So, based on the above, how do you think this new UNESCO mission is going to end? Are we going to be spared new condemnations and name changes from Hebrew to Arabic?

As the Washington Post put it on Tuesday, the decision to let the mission roam our streets was “a victory that carried big hopes for those hoping to end the deadlock between Israelis and Palestinians.”

That’s two hopes in one sentence, which could only mean the Post can no longer afford line editors, or that there’s a whole bunch of hope coming our way. 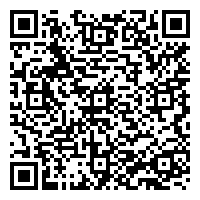