Israeli Arab media reported on Tuesday that Muid Juma’a, a 28-year-old Arab from the village of Mushraifa, near Um el-Fachem in central Israel, was killed in battle in Syria. The young man left Israel about a month ago, most likely to join the rebel forces. According to the reports, the family received a picture of his body.

This is the first Israeli citizen to perish in the civil war that has exacted more than 100 thousand lives since 2011.

Syrian rebel sources have told Mendi Safadi, who was chief of staff for Israeli former deputy minister Ayoub Kara, that the Israeli Arab had joined Jabhat al-Nusra, which is affiliated with Al Qaeda.

Ther sources told Safadi, who spoke to Israel Radio, that Juma’a’s unit had run into a hostile rebel unit and Juma’a died as a result of the shooting.

Jane’s Information Group estimates the size of the rebels in Syria, including all their numerous and often conflicted factions, at 100 thousand, about 30 percent of whom are considered “moderate.” The rest are different flavors of jihadists and Islamists. 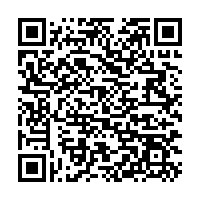