The Grand Mufti of Jerusalem, Sheikh Muhammad Ahmad Hussein, said that the tours of “extremist” Jewish groups, as he put it, at the Al Aqsa plaza (the Temple Mount compound) on the Jewish holidays constitute a dangerous escalation which threatens the security and holiness of the mosque, Israel Radio reported Tuesday.

Hussein accused the Israeli authorities and condemned them for sheltering extremist Jews who profane the sanctity of the Al Aqsa mosque, while severely limiting the access of Muslim worshippers. PLO Spokesman Osama al Kawasma said similar things, and the Hamas has warned of Jewish plans to “storm Al Aqsa mosque” as the Passover holiday grows near.

The Jerusalem Grand Mufti is quite the authority on respect for security and tranquility. In October 2006, just as he began to serve as Grand Mufti, Hussein said in an interview that suicide bombing against Israelis was “legitimate, of course, as long as it plays a role in the resistance.”

On the record officially as denying the existence of a Jewish Temple, in 2012 Hussein quoted for the benefit of a crowd on the anniversary of the PLO a hadith (saying attributed to the Prophet Muhammad) that says: “The Hour will not come until you fight the Jews. The Jews will hide behind stones or trees. Then the stones or trees will call: O Muslim, servant of Allah, there is a Jew behind me, come and kill him.” Hussein is not the only Muslim man of God to preach this ant-Semitic passage, but he had been appointed Grand Mufti by PA Chairman Mahmoud Abbas for his reputation as a moderate. Imagine the disappointment over in Ramallah when they discovered he was a Jew hater.

In 2013, the Grand Mufti was finally detained for questioning by the Israeli authorities about his role in flaming the fires of the riots on the Temple Mount. 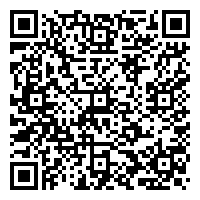