The War on Drugs Authority on Monday presented a new position on Marijuana to the Knesset Committee on Combating Drugs and Alcohol, reversing past positions on decriminalizing Marijuana use. “The problem of cannabis use is social and medical, and only marginally criminal,” Authority CEO Eitan Gorni told the committee, admitting that his agency in the past had turned the margins into its focal point.

Committee Chair MK Tamar Zandberg (Meretz) supported the new position, saying that “Legalization is only a matter of time.”

MK Meirva Ben Ari (Kulanu) told the committee she supports the Portuguese model, which views drug use as a health, rather than police issue. She argued that under Israel’s current drug policy, “Police waste their time, and we don’t help users move out of their situation.”

The Drug Authority’s Chief Scientist, Yossi Fisch, explained that according to the Portuguese model punishment is administrative rather than criminal. Drugs continue to be illegal, but users of up to 25 grams are not prosecuted in criminal court and enforcement is limited to public areas. He also noted that the incidence of Marijuana serving as a “gateway drug” is “negligible, zero.” 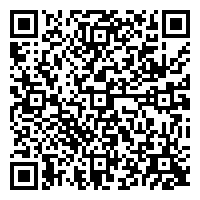