The Institute for the Study of Global Antisemitism and Policy (ISGAP) has announced that Natan Sharansky, a former Knesset member and recent executive director of the Jewish Agency for Israel, has become the new Chair of the organization, effective immediately.

A panoply of heavy-hitters issued statements to welcome Sharansky to the organization, including former Anti-Defamation League CEO Abraham H. Foxman, who spoke on behalf of the ISGAP Board of Directors, Professor Alan Dershowitz, Co-Chair of the organization’s International Academic Board of Advisers, and Charles Asher Small, the ISGAP founding director.


“I cannot think of an individual who carries a greater caliber of intellectual leadership in the fight against contemporary anti-Semitism, in combination with an extraordinary record in the struggle for human rights, including the rights of the Jewish people, as well as all groups of peoples, to be able to freely express and practice their identity,” Small said in a statement.

“His fight and moral victory over totalitarianism is historic and legendary. Given the rise in current totalitarian movements – that rely on anti-Semitism – Mr. Sharansky’s leadership role in ISGAP is all the more vital.” 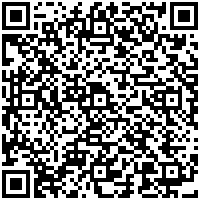