Prime Minister Benjamin Netanyahu called the Non-Aligned Movement summit in Iran a “disgrace” to humanity, during a meeting Wednesday evening with the Prime Minister of Lower Saxony, Germany, David McAllister.

“Seventy years ago, six million of our people were destroyed in an act of genocide. The world pledged ‘never again’ . . . It appears that many among the international community haven’t learned anything.”


Netanyahu said that the Iranian “regime denies the Holocaust and is working to destroy the Jewish state. This regime oppresses its people, takes part in the butchering of innocent Syrians, and calls for death toAmerica, death to Israel.”

The international meeting in Tehran has attracted more than 120 countries as well as the U.N. general Secretary Ban Ki Moon, providing the Islamic Republic with a show of diplomatic strength in the face of Western attempts to isolate the regime over its nuclear program.

Just yesterday, Iran’s Permanent Representative to the International Atomic Energy Agency Ali Asqar Soltaniyeh stated that the summit “will certainly affect the positions of the western countries and the Group 5+1 (the five permanent UN Security Council members plus Germany), specially with regard to the nuclear issue.”

Netanyahu thanked Germany, one of the countries behind the effort to isolate Iran, for not participating in the conference. 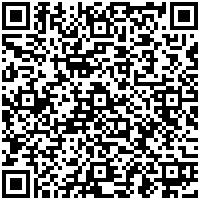