Israeli Prime Minister Benjamin Netanyahu will be meeting on February 15 with President Donald Trump for the first time since the latter has taken office. The PM issued a statement saying, “I deeply appreciate President Trump’s kind invitation to come to Washington and the warm words about Israel. I look forward to discussing with him the areas of cooperation between us that are so vital to the security and well-being of our two countries.”

Foremost among those vital issues will be Netanyahu’s appeal to Trump to renew US sanctions against Iran, in light of a report this week of the Islamic Republic testing a ballistic missile.

“In my coming meeting with President Trump, I plan to raise the resumption of sanctions against Iran in this and other contexts,” Netanyahu tweeted Monday. “Iranian aggression must not go unanswered.”

White House Press Secretary Sean Spicer said at his daily briefing Monday that the White House is aware of Iran’s missile test. According to an e-mailed announcement by the White House, the US is calling for an emergency UN Security Council meeting on Tuesday over the test.

A UN Security Council resolution which was negotiated alongside the nuclear accord compels Iran to stop any activity related to ballistic missiles “designed to be capable of delivering nuclear weapons.” 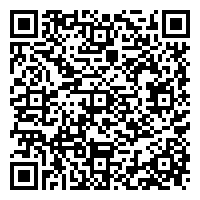