Rotem Chiprut, a ”lone soldier” from New York, has shown the IDF how much she is a real fighter by overcoming cancer and a discharge from the IDF to return as an officer

Under the heat of the Negev sun, Rotem was one of officer cadets standing at attention with their weapons in hand after having completed their officers’ training course after four months of intense training in leadership, management, and professionalism.


Her story is unique, one of a young how has proven Herzl’s phrase, “If you will it, it is no dream.”

Originally born in New York, Rotem moved to Israel at the age of just a few months. After spending 12 years growing up in Israel, her family moved back to the United States where she finished high school in New Jersey.

Upon completing high school, Rotem planned to follow the same path as her friends: attend a college and study for a bachelor’s degree. She began the process of registering for university when her family took a trip to Israel. “I saw the soldiers on the street and realized that people my age were all a part of something bigger,” she remembers. “I also wanted to protect my country and be a real part of my country.”

After a long discussion with her parents, Rotem immigrated to Israel with the goal of joining the IDF. “I was so excited to enlist,” Rotem recalls. “When I first put on my uniform I was so proud of myself. I said to myself ‘I came here to do something, and I’m here. I did it.’”

Rotem serves in the IDF as a lone soldier – one whose parents live outside of the country. “I am technically far from my family and home, but I am always at home here in Israel,” Rotem proudly states.

In the middle of her service, Rotem decided she wanted to become an officer. During her processing for officers’ training school, Rotem went for a physical and blood test when she got news that changed her life forever.

“They sat me down in the doctor’s office and told me that they found out I had cancer in my thyroid gland,” she recounts stoically, “and that I needed to leave the army to have surgery.”

“When I found out I couldn’t continue the officers’ course I cried a lot because [the Officer Training School] is the place I wanted to be and it was really important to me.” Shortly after, Rotem underwent surgery on her thyroid gland, was discharged from the army, and sent home to rest for two months.

“Every day I felt I wanted to go back to my base. I didn’t want to be at home for two months; I really wanted to be in the army.”

After writing multiple letters and appealing to various army offices, Rotem got word that she would be able to re-enlist with the same position in the army. She not only did she get to re-enlist, but she also would be allowed to attend the officers’ training course even though she had missed the deadline.

“The moment they told me I had cancer, I didn’t think about my health at all. It sounds crazy, but I cried not because I had to undergo surgery, but because I had to leave the army,” Rotem added. “I knew I would be ok and that everything would pass, but I didn’t know if I could rejoin the army, and that was the reason I came to Israel and the reason I left everything behind [in the United States].” 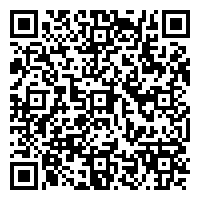