Newsweek/The Daily Beast said it will stop publishing its Top 50 Rabbis list, an annual feature since 2007.

The decision, first reported in the Forward, was explained by Gary Ginsberg, Michael Lynton and Abigail Pogrebin, the list’s authors, who wrote that the list “started to carry too much weight for too many people.”


“Some rabbis felt personally wounded when they weren’t mentioned,” they wrote. “Others told us it adversely affected their career opportunities. We started receiving emphatic pleas from certain rabbis to add them to the roster (or move them higher in the rankings). Some of those rabbis enlisted friends or colleagues to lobby us insistently. Some even came to our offices with personal pleas to be included, others to offer prayers for our souls.”

The authors said they had been “queasy about ranking rabbis,” yet followed the advice of magazine editors who told them that “rankings matter: if you want people to pay attention, you need a scorecard.”

While the list “offered a valuable, unusual snapshot of the Jewish landscape,” they wrote, it “has been misconfigured into an unhealthy contest which outweighs its potential contribution.” 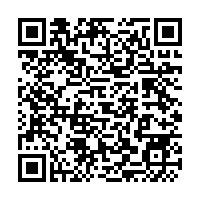