A lawsuit brought in 2012 by five Jewish students against the Pine Bush Central School District in Pine Bush, New York, ended late last week when a judge approved a settlement which requires the school district to pay out nearly $4.5 million and to significantly revamp its policies regarding anti-Semitism.

The five students suffered years of physical and verbal assaults, intimidation and harassment, sometimes right in front of school district administrators and personnel. For years the complaints made by the students and their parents were largely ignored or even ridiculed.


The students alleged that the school district and various officials within it violated their rights to an education free from national origin and/or religious discrimination under Title VI of the Civil Rights Act of 1964, the Equal Protection Clause of the U.S. Constitution and the New York Civil Rights Law.

The degradation suffered by the Jewish students (all of which happened within the past five years and it all happened in New York State, not the Middle East or Europe) included one student being pinned down while another tried to shove coins down her throat, being beaten with a hockey stick; swastikas scrawled on books, playground slides, walls, desks and even on the face of one of the Jewish students; holocaust “jokes”; threats to throw a Jewish student in an oven and Hitler salutes.

The Jewish Pine Bush students were called “disgusting Jew,” Jesus Hater, Christ Killer, “ashes” and “crispy” (Holocaust references) to name just some of the allegations raised in the Complaint.

These incidents took place during the past decade and they occurred in a schools district less than a two hour drive from New York City, not in the Middle East or in Europe.

Throughout their school years, the Jewish students suffered from trauma and other injuries. Several of the students were removed from the schools by their parents because the administration did little to nothing to ameliorate the situation. One student was home schooled because she became too traumatized to return to the Pine Bush schools.

When the lawsuit was first filed in 2012, one school official allegedly responded that the complainants’ “expectations for changing inbred prejudice may be a bit unrealistic.”

Three things happened in the past year that likely factored into the decision by the defendants to settle the case, after having initially claimed they had done all that was required of them in response to the complaints and incidents.

First, the U.S. Attorney for the Southern District of New York signaled its interest in the litigation, announcing that it deemed the evidence was sufficient for a jury to find the defendants had not responded adequately to the discrimination.

Second, the U.S. District Court judge before whom the trial was set to take place had denied the defendants’ motion to dismiss the case, meaning that should the students be able to produce the evidence they claimed they had, a case would be made out for “severe and discriminatory harassment” by a fact-finder.

The school district also agreed to reform various policies including harassment, discrimination and bullying policies and to require investigation and documentation of reported harassment; impose “meaningful, consistent, minimum consequences” for harassment; implement monitoring for discriminatory harassment; and the training of staff to understand and implement these policies; and various other related changes. 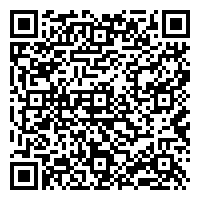