There is a phrase called “dog whistling.” It is making reference to the kind of high pitched dog whistles that operate at such a high sound frequency that humans cannot hear, but the intended audience – dogs – can.


During the press briefing held in the White House on Friday, Jan. 16, by U.S. President Barack Obama and U.K. Prime Minster David Cameron, Obama engaged in some dog whistling.

It happened during a lengthy response from the president to a question posed by Major Garrett, the Chief White House Correspondent for CBS News. Garrett asked whether he had correctly understood that the president to say that if the diplomatic negotiations with Iran over the Islamic Republic’s efforts to obtain nuclear weapons fail, the next step will be a military one.

The president emphatically denied that was what he meant: “I am not, repeat not, suggesting that were are at immediate war footing should negotiations with Iran fail,” Obama said, “we simply have to recognize that should diplomacy fail, we have to look at other options.”

If diplomacy fails, and the allies won’t then proceed to war footing, the message the president is sending to Iran is, you can look forward to even more time to have your way while we argue over next steps. The U.S. president had explained his view of why he would veto any new sanctions bill, even one that would only be triggered should his negotiations with Iran fail. In his view, the current deal would not permit any such step, and it could jeopardize any possibility of a diplomatic resolution. Then Obama pursed his lips and began dog whistling. There can be no doubt who Obama is insulting with this whistle:

If you listen to the rhetoric surrounding this issue, I think there is sometimes the view that this regime cannot be trusted, that, effectively, negotiations with Iran are pointless.

Not sure yet? Here it comes:

And since these claims are being made by individuals who see Iran as a mortal threat… .

Yes, “individuals who see Iran as a mortal threat,” are the ones who are trying to undermine this president’s diplomatic efforts. By the way, Obama said during this same press briefing that those efforts have, at best, a 50-50 chance of success. So the person attempting to undermine the diplomatic efforts is that “coward” (remember when that word was used by this administration to describe the Israeli leader?) in Jerusalem: Binyamin Netanyahu.

So long as he was handing out insults, Obama also tossed one out to members of Congress. Obama said that “his team” would not agree to any deal with Iran that would allow the Islamic Republic to, either covertly or gradually, build up its nuclear weapons capability. He vowed that any deal made with the Iranians would be scrutinized by knowledgeable professionals. Obama made clear that by knowledgeable professionals, he did not mean members of Congress. He said:

We’re not going to allow that and anything that we do, any deal that we arrive at, if we were to arrive at one, would be subject to scrutiny across the board. Not just by members of Congress, but, more importantly, by people who actually know how the technical aspects of nuclear programs can advance, and how we can effectively verify in the most rigorous way possible, that the terms of the deal are being met. (emphasis added.)

At least the Supreme Court has not had to weigh in on this issue yet, or we might have had a trifecta. 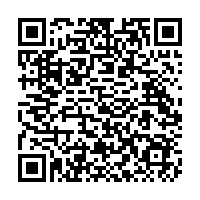