As the families of the three Israeli teens marked the first anniversary of the tragic abduction and murder of their sons, Jewish communities around the world came together for an unprecedented event designed to highlight the spirit of unity which defined the episode in the summer of 2014. Unity Day events saw participation in 24 nations representing a million participants, including several hundred organizations, synagogues and schools.

Unity Day (www.unityprize.org/en, #UnityDay) was developed by the parents of Eyal Ifrach, Gil-ad Shaer and Naftali Fraenkel z”l and their foundation, The Memorial Foundation for the Three Boys, together with Jerusalem Mayor Nir Barkat and GESHER.

“The kidnappings of our boys marks one of the more difficult moments in Israel’s modern history. But the reality is that out of this bitter tragedy came a spirit of unprecedented unity amongst the Jewish people,” the parents said in a joint statement. “Our commitment is to ensure that this sense of unity remains alive. This was the mission of Unity Day and we are so moved and encouraged by the global response.”

Unity Day is part of the Jerusalem Unity Prize, a major project launched by the families together with Mayor Barkat and GESHER. The Prize was awarded at a special ceremony on June 3rd at the official residence of Israeli President Reuven Rivlin. The award was presented to the Chabad House of Bangkok in the Diaspora category, Nifgashim BeShvil Yisrael (Interactions on the Israel Trail) for the initiative category and Brigadier General (Retired) Ram Shmueli and Rabbi Chacham David Menachem for the individuals’ category. The winners were saluted for their accomplishments as Jewish activists and organizations working to promote greater unity in Israel and the Diaspora. A special committee of communal leaders from across Israel and the Diaspora was chosen to work with the Mayor and the three families to identify worthy recipients.

“Unity is an ideal which is so often spoken of but far less often put into practice,” said Mayor Barkat. “Following the tragedy of these three boys, our nation saw the potential that exists when we put our differences aside and work towards building bridges within our greater Jewish community. This Prize works to keep that message alive and serves as a lasting tribute to the memories of Gil-ad, Eyal and Naftali in a way that will bring great pride to Jerusalem, to Israel and to the Jewish people.”

Unity Day engaged participants of all ages in a specially designed curriculum and activities aimed to educate and challenge the Jewish world on ways to promote greater cohesion. “There is no disputing that while the Jewish people have so much in common with one another, there are bitter divisions within the greater community,” said Anat Schwarz Weil, Director of the Jerusalem Unity Prize. “We were encouraged and inspired by the mass worldwide response to Unity Day and the coming together of different communities for one goal. We hope this is the first step towards building a stronger, more united Jewish community.”

The Jerusalem Unity Prize and Unity Day were made possible thanks to the support of Robert and Amy Book, Ronnen Harary, David and Sarena Koschitzky, Ira and Ingeborg Rennert, Jay and Jeanie Schottenstein, and the UJA Federation of New York.

Gush Promenade and Lookout Dedicated in Memory of Murdered Teens

Israel Uncensored: There is Hope for Jewish Unity [audio] 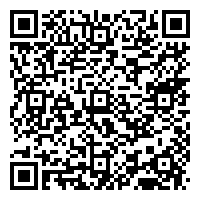