The movie compiles interviews with six former leaders of the Shin Bet, Israel’s internal security service, and records their perceptions of how successive Israeli governments missed opportunities for peace.


“This is a good movie that presents a narrative of 45 years of occupation but is completely devoid of information on Israel’s peace plan offers — (Ehud) Barak’s Camp David attempts, then [Ehud] Olmert, from the unilateral withdrawal from the Gaza Strip and the rocket fire on us,” Oren told Yediot Acharonot’s website in a story posted Sunday. “Whoever views the movie without knowing the background can leave feeling that Israel is to blame and didn’t do a thing.”

Oren said he hesitated to criticize the movie for fear of being attacked as limiting speech freedoms, but added that he felt that Israel was “on the defensive” in its effort to explain its right to exist. 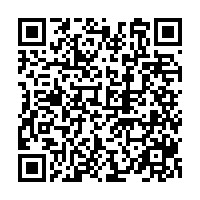