Passover is not due for another three weeks, give or take a day, but in Egypt they’re already reporting a plague of locusts that’s hitting the agricultural farms in Giza. some 15 miles southwest of Cairo—also known for its cluster of pyramids. Can’t get much more Exodus-related than that.

According to Alwatan News, Egyptian minister of agriculture Dr. Salah Abd Al Mamon has remarked that “against our predictions, a swarm of locusts has reached the region south of Cairo. The swarm is comprised of 30 million individuals, and it is causing great damage to agriculture in the Giza area.”


Dr. Al Mamon added that “Egyptian armed forces and the border guards are attempting to fight the swarm with the means at their disposal.” He requested local residents not to launch their own attempts to stop the swarm, so as not to cause additional damage unintentionally.

“I ask the families living in the locust-plagued areas not to burn tires. This does not chase away the locusts, but only causes damage and could ignite large scale fires that would cost in lives.”

Dr. Al Mamon noted that, based on meteorological data, strong winds that are expect to start soon which will take the locusts with them towards the Red Sea and Saudi Arabia.

Rajab Bachri, head of the “War on the Locusts” department in the ministry of agriculture, said that crop dusting aircraft will soon be sent to attack the swarm.

According to Bachri, swarms of locusts pass through Egypt at this time of the year, but this one is exceptionally large.

According to Encyclopedia Smithsonian, locusts are used by various African groups consistently as food. The locust individuals are gathered in the early day before they are active, then boiled before being cleaned and salted. Even the legs are used by grinding and combining them with peanut butter and salt. 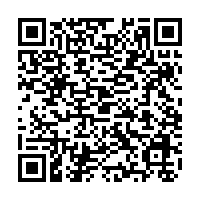