Israel’s Prime Minister Benjamin Netanyahu has been invited to meet with U.S. President-elect Donald Trump “at the first opportunity.”

The two men spoke together by phone Wednesday morning, just a few hours after Trump’s landslide win. The invitation comes as the fulfillment of a campaign promise by Trump to immediately begin to heal Washington’s frayed ties with the Jewish State.


Netanyahu congratulated Trump on his victory and told him the United States has no better ally than Israel.

The two men have known each other for many years. They held a warm conversation in which they briefly discussed regional issues as well.

Netanyahu told Trump that his wife Sarah is also looking forward to meeting with the new president-elect and his wife Melania. 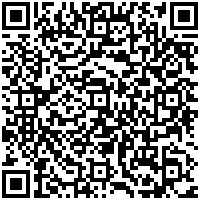