An Israeli police officer was wounded Wednesday when an Arab driver in a car with Israeli license plates rammed through a checkpoint north of Jerusalem, and then fled into an Arab village.

The suspected terror attack took place near the Jewish community of Ofra, at a checkpoint on Highway 60, near Shechem (Nablus), in Samaria.

The police officer had motioned to the driver to stop the car for a routine search.

According to local sources the vehicle slowed down, but then speeded up again and raced through the checkpoint.

One officer sustained a leg wound.

Police shot towards the vehicle, which kept going until it was well past the checkpoint, stopping several hundred meters away.

The driver then got out of the car, abandoning his vehicle and running on foot towards the nearby Palestinian Arab village of Silwad.

The vehicle is currently being scrutinized as military police and IDF forces comb the surrounding area for the perpetrator.

The IDF has blockaded a number of roads in the area in an effort to prevent the suspect from escaping. 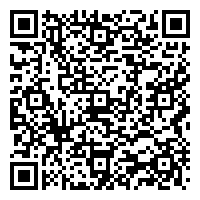