Today, Nov. 4, is election day, and later this week a highly politically-charged pair is appearing in Washington, D.C. at an event for Israeli Americans.

This first national gathering of Israeli-Americans is intended to solidify the community’s voice and “explore how to strengthen the American-Jewish community, the next generation and the relationship between the State of Israel and the United States.”

Dan Senor, author of “Start-up Nation,” will interview Gov. Romney on Friday evening. The main topic of discussion is expected to be this week’s mid-term election results and the current U.S.-Israel relationship.

This will be the first time Romney will be formally addressing the Jewish and Israeli-American community since the 2012 presidential elections. Hint, hint?

Other heavy hitters at the IAC conference, which will take place between Nov. 7 – 9, include Sheldon Adelson and Haim Saban, who will appear on a panel together on Sunday morning.

The IAC “seeks to build an engaged and united Israeli-American community that strengthens our next generations, the American Jewish community, and the State of Israel.”

“As Americans and Israelis, we see it as our duty and obligation to strengthen the relationship between Israel and the United States,” said IAC National Chairman Shawn Evenhaim.

“This conference marks the first time that leaders and professionals from the Israeli-American and Jewish communities from across the country are coming together to explore how to build a united and engaged community.” 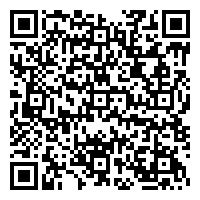