Police have concluded that a bus that caught fire Highway 443, once known’s as the ‘Road of Terror” connecting Tel Aviv, Modi’in and Jerusalem, was firebombed. Part of the road is located in Samaria.

The bus was empty of passengers, and the driver was not injured.


The incident was one of several terrorist attacks in eastern Jerusalem during the day.

Police and media, except for The Jewish Press, initially reported that the bus, which was empty of passengers, caught on fire despite social media reports that it has been attacked by a firebomb. Police said at the time that terror was suspected, but they drew no conclusions.

The media giants treated it as a minor incident, perhaps an accidental fire, because they were more interested in telling readers that Israeli security forces killed a knife-wielding Arab terrorist.

The police and Israel’s liberal establishment media are very careful lately before describing terrorist attacks as terrorist attacks. Doing so might discourage the few people who still are nostalgic for the “peace process.”

They wait a couple of days, after everyone has forgotten about what happened, and draw the usual inevitable conclusion that the “traffic accident” was a terrorist attack.

In the case of Saturday night’s firebombing, the official police report  does not suggest “terror.”

The fact is no one knows at this point if an Arab threw the Molotov cocktail that destroyed the bus. Maybe it was a Martian, or drunken settler, or parasol the bus company sent an undercover agent to burn the bus so it could collect insurance?

The official report states, “After an investigation with firefighters,  evidence shows that the bus was set on fire by a firebomb that was hurled at it. Police and soldiers searched the area and found another firebomb ready to be thrown,…

“Investigators collected evidence  and concluded that a firebomb hit the roof of the bus, where it was caught in the opening for air conditioning.”

The fire spread from the middle of the bus, and the driver was able to drive another several hundred  feet to stop at a gas station.

Like rockets that land in open areas and don’t hurt anyone, authorities can ignore the Molotov cocktail attack because the bus was empty.

During the Oslo War in 2000, the IDF banned Arabs from Highway 443, where the attack occurred Saturday night, because of daily rock-throwing, firebombing and shooting attacks.

The Supreme Court later ruled that the closure denied rights to Arabs and the highway was re-opened to everyone. 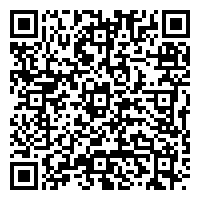