The following message was sent out by the U.S. Consulate General due to the current wave of Arab violence during their “Day(s) of Rage”.

The U.S. Consulate General is restricting the use of the Rachel’s Tomb/300 checkpoint for personal travel between Jerusalem to Bethlehem for all U.S. citizen employees and their family members until Monday, May 1, 2017. This travel restriction also includes the areas surrounding the Jacir Palace and Paradise hotels. We encourage private U.S. citizens to take this information into consideration when making decisions regarding their travel.

The U.S. Consulate General reminds U.S. citizens to avoid areas where there is a heavy police presence, as this is often an indicator of an ongoing investigation, demonstration, or that an attack or an attempted attack may have just occurred. U.S. citizens are also reminded to exercise a heightened sense of situational awareness at all times and to monitor local news sources. 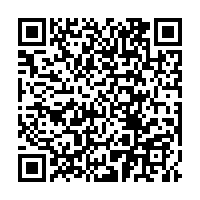