The United States has just revealed a stunning amount of information on some of Israel’s the most closely guarded secrets: information about its military cooperation with America and 20 years’ worth of details on Israel’s nuclear technology development, up to the 1980s.

The 386-page report, composed in 1987 by the federally funded Institute for Defense Analysis, (an NGO that operates under the Pentagon), is titled “Critical Technological Assessment in Israel and NATO Nations.”


It was declassified by the Pentagon in early February – but oddly, the report has been redacted so as to black out or withhold everything the Institute wrote on America’s NATO allies – but to reveal all that American experts assembled in Israel.

The news of the betrayal is only just now beginning to filter in to Israeli media and in fact has made no headlines at all in the U.S. news markets, where networks seem largely unaware of the tsunami that may follow when the news sinks in at home.

Given the timing of the declassification and the selective redaction of the report, one has to wonder about the choices that were made from the top. But a request to publish the report was filed under the Freedom of Information Act three years ago by American journalist Grant Smith.

One of the most revealing parts of the report states the Israelis are “developing the kind of codes which will enable them to make hydrogen bombs.* That is, codes which detail fission and fusion processes on a microscopic and macroscopic level.”

Finally, in some areas, Israeli scientists were apparently ahead of the Americans; the report noted with admiration that Israeli physicists at Rafael (research and development laboratory in Israel) had found “ingeniously clever” solutions to difficult issues. Nevertheless, the report maintained that Israeli scientists had not yet reached the level of “partners”, inasmuch as they had obtained nuclear technologies “based on extrapolations of US equipment and ideas” and that were being produced in the United States.

However, it was found upon further investigation on site that the Jewish State had created “a totally integrated effort in systems development throughout the nation.” All forms of electronic combat operated within an “integrated system, not separated systems for the Army, Navy and Air Force.” The technology in some instances “is more advanced than in the U.S.,” the expert reported.

*A hydrogen bomb is much more powerful than the atomic bomb that wiped out Hiroshima in the 1940s. 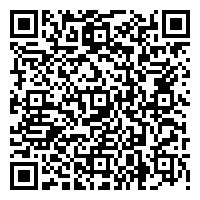