Three “wise men” arrived Sunday in Jerusalem to begin scouting the “lay of the land” for possible locations in which to build a new U.S. Embassy.

But according to a report posted by Israel’s Hebrew-language Channel 10 television news site, Trump administration officials at the White House were quick to dampen enthusiasm in Israel, pointing out that construction of a new embassy building can take approximately five years, at this point the discussion is focusing on a symbolic statement.

The first is to use the two buildings in use by the U.S. Consulate and the Diplomat Hotel, both in the Arnona neighborhood of the capital.

The second option under consideration is a building on Derech Shechem, in which the Consulate runs classes and activities.

The third option being examined is the set of offices used by the U.S. Consulate on Agron Street.

According to sources quoted by Channel 10, a fourth possibility may instead have designated U.S. Ambassador to Israel, David Friedman, stay and work from the Consular Residence on Agron Street in Jerusalem, with the U.S. Embassy continuing to function in Tel Aviv.

Ambassador-designate Friedman owns an apartment in the Jerusalem neighborhood of Talbieh. 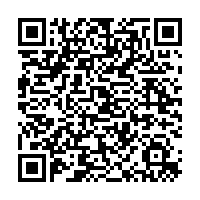