A recent petition to the High Court of Justice by the Regavim land preservation NGO regarding the “Smugglers’ Route” connecting the Hebron Hills and Palestinian Authority city of Yatta, a suburb of Hebron, to the Arad Valley — running right through an IDF firing and training ground — was denied, following in-camera testimony by the government before the Court.

At the same time, Israeli Chief Justice Esther Hayut determined that enforcement procedures began only as a result of Regavim’s petition and therefore required the government to pay all legal expenses for the case.


After hearing arguments regarding an illegal road paved by the Palestinian Authority through an IDF training ground in the heart of the Judean Desert, the High Court of Justice’s decision handed down late last week noted that no enforcement action had been taken against this road, which poses a serious threat to the safety and security of every resident of Israel as well as a major challenge to Israeli jurisdiction over Area C, until Regavim forced the issue onto the public agenda with its court action.

The High Court of Justice required the government to reimburse Regavim’s legal expenses, a sum of NIS 3500.

The illegal road, first discovered by a municipal inspector, connects the Arab settlements of the southern Har Hebron region to the Arad Valley in the Negev and from there to the rest of Israel.

Arab settlements in southern Har Hebron are home to some of the most dangerous terrorists and criminals to have been captured in recent years.

The route provides free passage of terrorists, arms, drugs and women from Yatta and Hebron into Israel – no checkpoints, no border control, no questions asked. The road also serves as a major element of the growing infrastructure system serving the network of illegal Palestinian Authority outposts in Area C – an area under full Israeli jurisdiction under the Oslo Accords that has been earmarked by the PA as the heart of the de facto Palestinian State it is attempting to create.

As a result of Regavim’s petition, the High Court of Justice issued a temporary injunction this past summer, prohibiting any further work in the IDF firing zone.

The government piled earth and boulders at the entrance to the road a number of times, but it didn’t take long for these measures to be reversed and for traffic to resume unimpeded.

During the recent hearing of Regavim’s petition, the State’s attorney stated that in the opinion of the government there is no effective method for demolishing an illegal road, and explained that the government intends to continue to carry out an array of enforcement measures against the illegal roadworks being carried out in the IDF training ground.

Regavim’s attorney, Avi Segal, acquiesced to the government’s request that details of these enforcement measures be conveyed to the justices behind closed doors, and the courtroom was cleared.

In the judgement handed down following this one-sided hearing, Chief Justice Hayut noted that enforcement procedures were initiated only after Regavim petitioned the court, and not in the course of standard operational activities.

“We are convinced that the State has taken and continues to take enforcement action against the road that is the subject of this petition. However, because this enforcement activity began only as a result of the petition, we instruct the State to bear the expenses incurred by the plaintiff,” reads the High Court decision.

“Instead of preventing the creation of the road in the first place, the Civil Administration is taking ineffective steps to catch up, which is a far more difficult task once the road becomes operational,” says Yishai Hemo, Regavim’s Field Coordinator for Judea and Samaria.

“Chief Justice Hayut confirmed our claim that the government and its various arms should have enforced the law before this dangerous road was created. In light of the Civil Administration’s negligence, we will continue to monitor developments on the ground very closely.”

Yochai Damri, Mayor of the Har Hebron Regional Council, said in a statement, “I welcome the enforcement steps undertaken by the Civil Administration against the “smuggling super-highway” and the massive water system that was created to support the systematic program of land theft orchestrated by [Palestinian Authority leader] Abu Mazen (Mahmoud Abbas -ed.) and the European Union. But these are like a drop of water in the ocean: Each month, more and more infrastructure projects and more and more buildings are springing up.

“The Israeli government must create another specialized enforcement unit, like the Yoav Unit in the Negev, in order to stop strategic maneuvers of this kind before it’s too late. We will continue to use all available means – and we will win this war.” 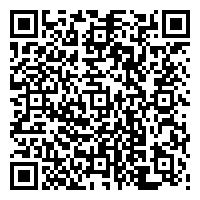