Israeli security apparatus officials aware of the contents of a document which Chief of Staff Aviv Lieutenant General Aviv Kochavi ordered to distribute last week in all IDF units—summarizing Operation Black Belt in the Gaza Strip, told Haaretz that the document, which describes the 48-hour operation as a compelling success, is “exaggerated.” They claim it hypes the operation and its results, and uses language normally reserved for descriptions of major wars to depict a relatively short and limited round of fighting.

Other sources in the security establishment who saw the document said that reading it made them feel uncomfortable due to its emphasis on the importance of the timing of the operation, its purpose and the manner in which it had been carried out. They see the document as an attempt to ward off criticism against the political and military echelons.


In a press conference in the middle of the operation, Prime Minister Benjamin Netanyahu, Chief of Staff Kochavi and Shin Bet chief Nadav Argman emphasized the good timing of the operation, with Argaman saying “the stars lined up just so to provide a fortunate timing.”

The IDF was insistent on the compelling timing of the assassination of Bahaa Abu al-Ata, a dangerous Islamic Jihad commander, to defend against accusations that it opened up Israeli civilian communities around the Gaza Strip to retaliation – which it surely did.

The document, which is drafted in a Q&A format, describes over five pages the operation’s chain of events and its achievements. It was written by the IDF Operations Division, on instructions from the chief of staff, and distributed to officers from the rank of Lieutenant Colonel and up, who were instructed to discuss it with all their soldiers and commanders by last Friday. They were required to submit a document signed by a colonel confirming the execution of the directive.

One of the questions in the document is “Has the last round of fighting ended successfully in the IDF’s opinion?” The answer, according to the document, is “Absolutely. In addition to eliminating the Islamic Jihad senior commander, we attacked dozens of Islamic Jihad terrorist targets across the Gaza Strip and severely damaged its attack capabilities. We eliminated, at the scenes of the crime, terrorist squads that were launching steep-trajectory rockets into our territory, and hit rocket production workshops, training complexes, ammunition warehouses, weapons and underground terror sites, attack tunnel shafts, launch positions, war rooms and more.”

In one of the attacks during the operation, just hours before the ceasefire, the IDF accidentally killed nine members of one family in Deir al-Balah. In response to the question “What happened on the night of November 14, in the attack where a family was killed in Deir el Balah?” the provided answer is that buildings that had been flagged as Islamic Jihad infrastructure targets were attacked. The buildings were marked as military targets a few months ago, and professionals confirmed this assessment a few days before the attack. The attack was carried out in compliance with IDF orders, and the investigation of the event continues.

The discomfort felt by the chief of staff’s critics is understandable, since military officers don’t enjoy seeing their efforts being handled by PR experts. But in the view of this reporter, Lieutenant General Kochavi, who has managed to revive the IDF’s deterrence along the Gaza Strip border (See: IDF Deterrence Revived: Hamas Nixes Fence Riots) has now also found a way to defend against media attacks on the Israeli army at home and abroad. Utilizing a polished, professional PR approach is what you do to win, and Kochavi, at last, appears to be a winner. 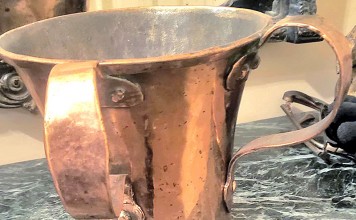 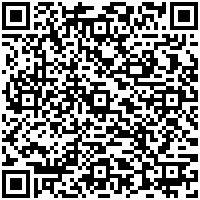