In the wake of a deadly terrorist attack on Thursday night in the Israeli city of Elad, Hamas leader in the Gaza Strip Yahya Sinwar is drawing renewed attention to a speech he made earlier this week calling for lone-wolf assaults with guns, cleavers, axes and knives.

Security forces are searching for the assailants who murdered three Israelis and injured at least four people, two critically, in Elad as crowds were celebrating Israel’s 74th birthday. The suspects, who attacked people in the city’s main park by Ibn Gvirol Street, were believed to be armed with an ax and perhaps a firearm.

According to a report by the Middle East Media Research Institute (MEMRI), in his April 30 speech, Sinwar said: “Our people under occupation inside [Israel] in the Negev … the Galilee, Haifa, Jaffa, Akko and Lod—whoever has a gun should prepare it, and whoever does not have a gun should prepare his cleaver, ax or knife.”

He also praised the terrorist who carried out a recent attack in the West Bank settlement of Ariel in which an Israeli security guard was killed.

The Hamas leader further said “we must prepare for a big war if Israel does not stop harming the Al-Aqsa mosque,” a longtime anti-Semitic trope that riles would-be agitators against the Jewish state. 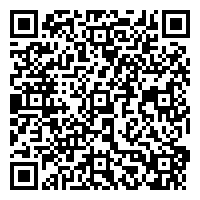