The Friends of the Israel Defense Forces fundraiser that singer Stevie Wonder pulled out of raised more than $14 million.

More than 1,400 people attended the event in Los Angeles to aid Israeli soldiers. Entertainment mogul Haim Saban and his wife, Cheryl chaired the gala. Saban is a national board member of the Friends of the Israel Defense Forces.

Wonder had come under intense social media pressure to pull out of the event. An online petition calling on him to cancel his performance had garnered more than 3,600 signatures.

The Grammy-winning singer’s representatives cited a recommendation from the United Nations to withdraw his participation given his involvement with the U.N. Wonder as a Messenger of Peace of the world body. He had performed at a 1998 gala honoring Israel’s 50th anniversary.

Funds raised at the event will go toward Friends of the IDF’s well-being and educational programs for Israeli soldiers and the Negev Wellbeing and Educational Centers. 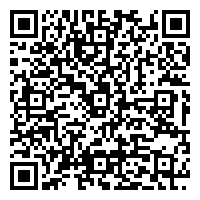