China’s powerful Vice President Wang Qishan arrived in Israel on Monday to begin a four-day visit that is expected to focus on economic cooperation. He is one of the most senior Chinese officials to visit Israel since the visit of the Chinese president in 2000.

Despite the fact that Beijing does not recognize Israeli sovereignty over the eastern part of its capital, Wang traveled to the Old City of Jerusalem to visit two of the most sensitive and sacred sites in Israel shortly after arriving on Air China.

He was accompanied there, to visit the Western Wall and the Church of the Holy Sepulchre, by Israeli Foreign Ministry chief of protocol Reuven Meron, and deputy director-general for Asia and the Pacific, Gilad Cohen.

Wang met subsequently with Prime Minister Benjamin Netanyahu for a working dinner at his official residence in Jerusalem. He is set to meet with President Reuven Rivlin on Tuesday.

Escorting Wang on this trip is a delegation that includes two Chinese government ministers and 12 deputy ministers, Israel’s Foreign Ministry said. Wang is also scheduled to co-host the fourth meeting of the China-Israel Joint Committee on Innovation Cooperation, together with the Prime Minister on Wednesday at the Ministry of Foreign Affairs.

“Vice President Wang will be the guest of honor at the Prime Minister’s Innovation Summit and at the ceremony inaugurating the Peres Center for Peace and Innovation,” the ministry said in a statement.

The JCIC convenes annually, alternating between Beijing and Jerusalem. This year, the Chinese delegation to the meeting will includes high ranking officials such as ministers and deputy ministers from 13 Chinese government ministries.

PM Netanyahu and Vice President Wang will co-chair the meeting, during which the various committee partners will deliver reports on the progress of the cooperation between them. They will observe the signing of some 10 cooperation agreements and sign the next three years action plan of the JCIC.

This G2G platform was set up and signed by Prime Minister Netanyahu with Chinese Vice Premier Liu Yandong when the latter visited Israel in 2014.

The JCIC’s work is coordinated by the Israeli Foreign Ministry and the Chinese Ministry of Science and Technology. The JCIC has partners from 13 government ministries and agencies.

The convention and the meeting of the leaders is an opportunity for both sides to advance significant topics to both sides and sign important agreements. In 2016, the beginning of a free trade talks was announced at the convention, as well as the signing of a 10-years multiple entry visa agreement for tourists and business people. Last year, an arrangement allowing Chinese construction workers to work in Israel was signed, as well as the signing of a Dairy Products Protocol, paving the way for Israeli dairy product exports to the Chinese market. 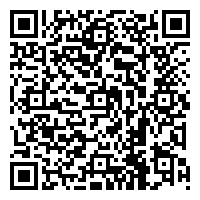