Judge Khaled Kabub, a High Court of Justice nominee, is facing accusations that he met with supporters of terrorism, participated in an event that supported terrorism, and was honored at the event.

Kabub, currently a Tel Aviv Magistrate’s judge and who may become Israel’s first Muslim High Court Justice, is accused of meeting Sheikh Akrama Sabri in August 2020. Sabri, head of the Supreme Muslim Council, is a former Palestinian Authority Mufti, and has previously lent support to terrorism and suicide bombings and is linked to the Hamas terror organization. He has incited against the Jewish State on multiple occasions.


Kabub also met on the same occasion with Yousef Muhamir, chairman of the illegal Morabiton organization, banned due to its affiliation with terrorism.

Kabub was honored during the meeting for his support for a campaign by Muslim organizations to prevent the destruction of Arab cemeteries. He received an award as part of the campaign.

Kabub claimed he was not aware of the problematic past of the two.

The “Choosing Life” forum of bereaved families sent a letter to Minister of Justice Gideon Sa’ar on Tuesday demanding that Kabub’s nomination be withdrawn.

“The people with whom Kabub met have in recent years engaged in the public encouragement of terrorist operatives and have taken care to laud terrorists with blood on their hands as part of tribute events held for them,” the letter of complaint said.

“The thought that such a judge will serve in the High Court evokes revulsion and deep fear, and it is clear that such an appointment constitutes a grave rejection of the fundamental values ​​of the State of Israel and is contrary to common sense,” the bereaved families said.

The letter further noted that the judge’s son, Walid Kabub, expressed public support for the Hamas terrorist organization on social media during the IDF’s counterterrorism Operation Guardian of the Walls in May.

Similarly, the B’Tsalmo rights organization sent a letter of complaint to the Ombudsman for Judges, retired Judge Uri Shoham. The letter states that “the ethics code for judges states that the judge must not participate in activities that are deeply controversial and certainly not with terrorist organizations.”

“The rules of ethics state that the judge must pay attention to who he meets and pay attention to what public opinion thinks about meetings with certain people. In addition, the judge’s participation in a public campaign is also prohibited,” the letter noted.

The letter demanded that Kabub return the plaque he received as an award from the terrorist supporters’ organizations and suspend him due to his participation in the organizations’ conference.

Shai Glick, CEO of B’Tsalmo, stated on Wednesday that “we have yet to reach such a low: a judge who meets with supporters of terrorism.”

“Is it normal for a judge to hang out with such people? There is no doubt that if the judge had been found to be in the company of criminals he would have long since been forced to leave his post, all the more so with terrorist elements,” said Glick.

Kabub was born in Yafo in 1958 and studied law at Tel Aviv University. Kabub was previously a candidate to replace Supreme Court judge Yoram Danziger upon his retirement in 2018, but withdrew his candidacy just days before the decision, citing the low likelihood of his getting the position as there was already another Arab justice on the court, and the tension the waiting was causing him and his family, according to a report in YNet. 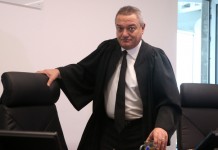 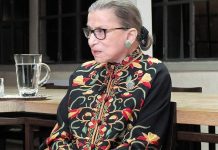 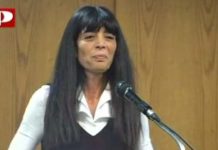 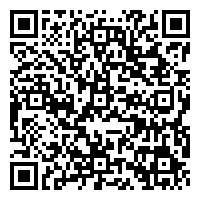