Dr. Miriam and Sheldon Adelson surprised the audience at the annual Gala ceremony of Birthright Israel on Monday, by announcing another $70 million contribution to the project, in honor of the 70th anniversary of the State of Israel and 18 years of the Birthright project.


Birthright is a not-for-profit educational organization that sponsors free ten-day heritage trips to Israel for young adults of Jewish heritage, aged 18–32. During their trip, participants, most of whom are visiting Israel for the first time, are encouraged to discover a new meaning in their personal Jewish identity and connection to Jewish history and culture.

Since trips began in the winter of 1999, more than 600,000 young people from 67 countries have participated in the program. About 80% of participants are from the United States and Canada. A report back in 2013 suggested the number of participants has been stuck at 40,000 a year due to budgetary constraints.

Philanthropist and businessman Sheldon Adelson said that his father had always wanted to go to Israel, but his health did not allow it. “I don’t want the young people of today to say that they could not come to Israel because they are too old or too sick,” Adelson said.

With their latest contribution, the Adelsons’ support for the project reached to $410 million. At the event, attended by 650 dignitaries, the couple received the “Guardians of the Jewish Future” award from the project’s co-founders Charles Bronfman and Michael Steinhardt.

In 2013, Professor Leonard Saxe of Brandeis University presented a study of 3,000 Birthright participants, showing that they are likely to marry later than their peers, a year and a half later on average, because the Birthright experience “makes these people want to look for a Jewish spouse.”

Saxe also said that Birthright participants who later become romantically involved with non-Jewish mates were more likely to ask their partners to convert before they married – which could also account for the delay in marriage. 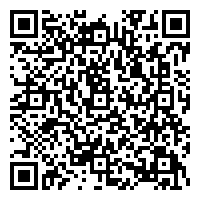