An activist with the Boycott, Divest and Sanctions campaign against Israel was stopped on Tuesday from entering Israel.

Ana Sanchez Mera is a senior member of the BDS National Commitee and the European branch coordinator of the Ramallah-based BNC organization, which consistently calls for a boycott of the State of Israel.

BNC has branches in a number of nations around the globe, all of which are dedicated to boycotting Israel. Mera was arrested in Spain by forces in 2013 for her participation in vandalism and disturbances with an anarchist group.

Interior Minister Aryeh Deri said in a statement that he had exercised his authority to prevent the entry of a “boycott activist who wanted to enter Israel in order to act against the state, who is a central activist in one of the main boycott organizations that is causing great damage to the state.

“What was in the past will not continue,” Deri said. “People who come to Israel to encourage a boycott against us will not be allowed to enter.”

Strategic Affairs Minister Gilad Erdan added that “anyone who acts to promote boycotts against Israel has nothing to look for here.

“The rules have changed, and like any normal country, Israel will not restrain itself against those who try to harm it and its citizens. Key activists in the [BDS] organization who are acting as a snake head in order to sow destruction and deepen the gaps between the sides are not welcome here.” 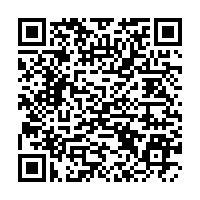