Israeli Foreign Minister Yisrael Katz thanked Hungary for its support after he received a letter from Hungarian Minister of Foreign Affairs and Trade Péter Szijjártó stating that the International Criminal Court (ICC) did not have jurisdiction to try a case against Israel.

In his letter, Szijjártó emphasized that the ICC does not have jurisdiction to try the case against Israel and that Hungary “shares Israel’s concerns regarding politicization of the court and infringement of national sovereignty by the International Criminal Court,” Israel’s Foreign Ministry stated.

Israel’s security cabinet estimates that an ICC investigation into Israel may be opened at the Hague within 90 days, with secret arrest warrants issued against soldiers and government officials.

“We believe your position with regard to the lack of jurisdiction of the International Criminal Court in the given case is justified,” Szijjarto wrote.

Szijjarto added that Budapest has “consistently been fighting against campaigns aimed at creating a negative image of the State of Israel in different international organizations such as the UN or the EU.”

Katz expressed his “gratitude and appreciation for Hungary’s position, which is in line with the values of law and justice, as well as with the excellent relations between the two states.”

He also thanked the Israeli diplomats challenging the ICC prosecutor’s ruling and instructed them to continue contesting the ruling.

ICC Prosecutor Fatou Bensouda’s announced in December that after the conclusion of a preliminary examination “all the statutory criteria under the Rome Statute for the opening of an investigation have been met” to launch an investigation against Israel.

Israel argued that the ICC “manifestly lacks jurisdiction” because only sovereign states can delegate criminal jurisdiction to the ICC, and the Palestinian Authority (PA) “clearly does not meet the criteria for statehood under international law and the Court’s founding Statute.”

Furthermore, the claim that the PA has joined the Rome Statute, the treaty that established the ICC, “does not meet, nor can it replace, the substantive test requiring criminal jurisdiction to have been delegated to the Court by a sovereign state with a defined territory.”

Hungary joined several other countries that have voiced opposition to the ICC’s move against Israel.

Germany stated that the admissibility of a probe by the ICC against Israel is “doubtful.”

US Secretary of State Mike Pompeo stated that the US “firmly opposes this unjustified inquiry that unfairly targets Israel. The path to lasting peace is through direct negotiations.”

An Australian Department of Foreign Affairs spokesperson told J-Wire that the country “is concerned” by the ICC’s move. 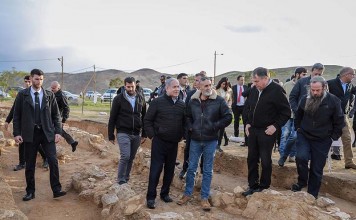 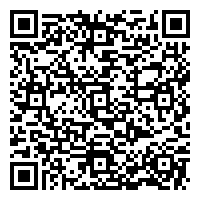