Data released Tuesday show that the rate of hospitalization due to Corona in Gauteng province, which includes the largest city in South Africa, Johannesburg, has risen by 330% over the past two weeks. South Africa is considered ground zero for the Omicron variant of the virus, a.k.a. the South African variant. Gauteng has the lowest rate of vaccination in the country, with less than 40% of the population having received even one dose.

Meanwhile, a new Israeli study has found that when pregnant women become infected with Corona, the virus can spread to the placenta and fetus and even cause significant damage to placental tissue – which is probably the reason for the relatively high rate of fetal deaths whose mothers contracted Corona, Reshet Bet radio reported Tuesday morning.


In Israel, the number of verified patients suspected of carrying the Omicron variant rose on Tuesday to 34, after reaching 15 on Monday. Nevertheless, the Knesset Foreign and Defense Committee debated on Tuesday enlisting Shin Bet tracking to locate individuals who had contact with Omicron carriers. Both Justice minister Gideon Sa’ar and Deputy Attorney General Raz Nizri objected to employing the services of the clandestine police at this point, when this was designed as a last-ditch measure during a large scale epidemic.

The current numbers on the Corona front in Israel are far from being alarming: only 636 new verified Corona patients on Monday out of 101,858 tests. Currently there are only 117 patients in hospital whose condition is severe, out of who 69 are on ventilators.

News of the new, “South African” variant have led to mass hysteria around the world, with markets dropping and many countries imposing travel restrictions, including Israel, the US, the UK, the EU, Australia, and Japan – never mind that there have been no reports of hospitalization or deaths related to the Omicron.

Regarding the study of fetal deaths, various studies have suggested that women who become infected with corona during pregnancy are at high risk for various complications and some of them have found that the chance for intrauterine fetal death is twice as high among women with corona compared to women without the disease.

Researchers at the Assuta Ashdod Public Hospital have examined the possible causes of this finding and performed, among other things, pathological tests of the placenta, as well as PCR tests of the mother, the fetus, and the placenta. The researchers discovered that substantial damage to the placental tissue was found in all cases of stillbirth, and in some cases there was a higher level of the virus in the fetus than in the sick mother.

Professor Eran Barzilai, director of the Obstetrics and Gynecology Ultrasound Unit at Assuta Ashdod Public Hospital and one of the leaders of the study, told Kan 11 News that the causes of intrauterine death are most likely the Coronavirus affecting the placenta, the metabolism, and oxygen transfer to the fetus. 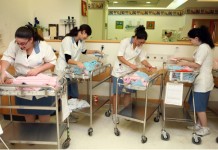 The Tide Turns: More Jewish than Arab Births in Israel 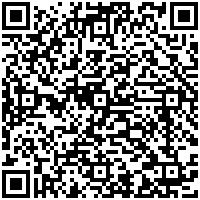