The wife of Yaakov (Jack) Teitel, an American-born Israeli who was convicted in 2009 of killing two Arabs, incitement to racism, deploying explosive devices and sabotage, issued a plea to Israel’s prisons authority to reverse a decision to move her husband to a new prison, and remove the drastic curbing of visitations for herself and the couple’s five children.

Teitel has been on a hunger strike for eleven days over his sudden transfer to the Rimonim prison, in central Israel, and the severe curtailing of his privileges, most important of which are his family visits.


“Until recently, Jack was in Ayalon prison [in Ramla], but about one week ago and for no apparent reason he was moved to Rimonim prison [near Netanya],” Rivka Teitel wrote IPS Deputy Director Asher Vaaknin, stressing that “in addition to the unexpected transfer, against his will, you caused serious harm to my and my children’s visitation schedule. Before the transfer, we enjoyed three one-hour open visits [a month], and now we’ve been informed that we’d be permitted only once a month, and for only half an hour. We’ve also been told that this visit will be conducted through a glass partition, using phone receivers. My children will have to suffice with just seeing their father, with no opportunity for physical touch!”

“I do not know the considerations behind your decision to downgrade my husband’s conditions,” Teitel wrote, “but one thing is certain, his children should not have to pay an even heavier price than they are already paying.”

Teitel’s legal defense was provided by legal aid society Honenu, whose founder, Shmuel Meidad, suggested that the accused is mentally unstable. On May 4, 2010, Jerusalem’s district psychiatrist ruled Teitel unfit to stand trial. The evaluation was criticized by Arab MKs, with Ahmed Tibi stating, “An Arab who shoots a Jew in Israel is a terrorist, but a Jew who shoots Arabs is insane.” Then a new psychiatric evaluation freed the district court to overturn its previous ruling and declare Teitel fit to stand trial. 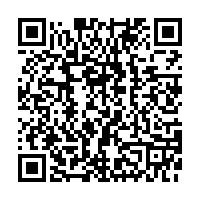