On Thursday night, Kan 11 News announced the development of an innovative drug manufactured at Ichilov Hospital in Tel Aviv that cured over 96% of the patients who received it.

This was the new technology’s first clinical phase testing on humans.

EXO-CD24 is an innovative, targeted drug that was in development for many years as a cure for cancer in the lab of Prof. Nadir Arber at the Soroka Medical Center. It may now turn out to be a life-saving drug for moderate to severe Corona patients to prevent their deterioration to a severe condition.

So far, the innovative drug has been tried with great success on 30 critical patients, in 29 of whom their medical condition improved within two to three days, and most of them were discharged home within a few days. The 30th patient took longer to recover.

The drug is taken once a day for five days.

The continued research into EXO-CD24 depends on a decision of the Helsinki Committee in the Health Ministry to approve continued experiments on humans. 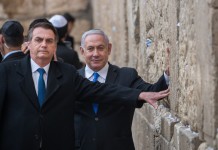