On Christmas eve 2022, Israel’s Central Bureau of Statistics issued a report on the country’s Christian population. Turns out, it’s not such a bad life. Here are the numbers:

Approximately 182,000 Christians1 live in Israel; they comprise about 1.9% of the State of Israel’s population. Also, the Israeli Christian population grew by 2.0% in 2021.

75.8% of the Christians in Israel are Arab, constituting 6.9% of the total Arab population of Israel.

39.0% of the non-Arab Christians reside in the Tel Aviv and Central Districts, as compared to 36.3% in the Northern and Haifa Districts.

582 Christian couples married in Israel in 2020. The average age at the first marriage of Christian grooms was 30.6, and that of Christian brides was 26.8.

The figures of people getting married that year were affected by the closures and restrictions imposed in Israel that year due to the Corona crisis.

83.8% of Christian 12th-grade students were eligible for a matriculation certificate. The national average is at 48.3%.

52.9% of Arab Christians continued their studies toward a first degree within eight years of graduating high school, compared to only 31.2% of the total number of high school graduates in the Arab school system and 48.2% in Hebrew education.

Compared with Moslem students, the percentage of Christian-Arab students studying for a bachelor’s degree was lower in the following fields of study: Education and teacher training, Business and management sciences, and Paramedical studies. In contrast, the percentage of those who studied social sciences (excluding Business and management sciences), Law, Mathematics, Statistics, and Computer sciences was higher.

Of all the students who were studying for a first degree, representation among the Christian students was highest in the following subjects of study: musicology (15.7%), management information systems (10.5%), and food engineering and technology (9.9%).

The most common offenses among persons convicted from the Christian population in Israel are as follows: offenses against public order (22.9%), bodily harm (21.8%), property offenses (16.1%), and morality offenses (15.0%). 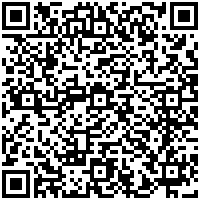