On Tuesday, Israeli Arabs went on a general strike “I solidarity with the Al-Aqsa Mosque and the residents of Sheikh Jarrah,” and against “the violent behavior of the settlers in the mixed cities.” The wildcat strike was initiated by the High Monitoring Committee of Israeli Arabs, headed by former MK Mohammad Barakeh.

Arab activists showed up at the entrances to Arab villages on Tuesday morning and demanded that the residents not leave home for their workplaces. The strike includes businesses, schools, and the public sector. Public transportation across the country has suffered serious disruptions after Arab drivers did not show up for work.

According to a report in Ynet, some employers Tuesday sent dismissal notices over WhatsApp to their employees. Those may not be legal (איומים בפיטורים על עובדים ערבים שלא הגיעו בשל השביתה: קחו בחשבון שאתם לא חוזרים).

Rambam Hospital sent a letter to employees asking them not to take part in the strike, calling the failure to show up for work an illegal move. Indeed, Tuesday’s strike does not comply with Israel’s labor laws, according to which a strike should be declared by the union and should include a declaration of a labor dispute two weeks in advance.

At the same time, dismissals via WhatsApp without a hearing are also illegal, regardless of the circumstances.

The director of Rambam Hospital, Dr. Michael Halbertl, wrote his employees that “this week was one of the most challenging undergone by Israeli society. The management of Rambam was the first among all the hospital managements in Israel to call for the preservation of cooperation between us all, especially within the united Rambam family. I welcome these positive initiatives, but at the same time, we have a hospital to manage and patients to treat. The hospital management does not approve of gatherings and rallies on the hospital grounds without prior coordination, as well as participating in strikes that would cause harm to our primary mandate to treat patients.”

Ynet reported about an office worker living in the Arab Triangle who SMSed her supervisor announcing that she would not be coming to work Tuesday. The person in charge responded: “What is the connection to the strike in Arab society and office work? Thank you so much for the time you worked here, and good luck for the rest of your time.”

Later in the correspondence, the supervisor added: “The country of which you are a citizen has given you a warm home and rights just like mine, but you and your people have chosen not to integrate into this country. Because of people like you, you will always remain a second-class citizen, which is a shame.”

In another company, one of the supervisors wrote the employees: “I don’t want to look back on who did not show up and who took advantage of the situation and got himself a great vacation. Starting today, whoever does not show up for work and returns to the routine, I will take care of him personally, to the point of being summoned to a hearing. This behavior will have consequences. Halas, enough, everything is behind us and the situation is just fine in our branch and region. I hope my message is sharp and clear.”

The Ministry of Education sent a notice to the supervisory staff stating: “At the request of the district manager, please send me by 10 AM a list of teachers who did not participate in distance learning in Kafr Qassem, Kfar Bara, Taibeh and Kalenswa.”

Meanwhile, The CEO and owner of the Yochananoff supermarket chain, Eitan Yohannoff, told Ynet that he is not excited over the employees’ strike call, and that “it’s unnecessary to fire workers who said they were on strike, but I suggest that everyone recover and return to work as soon as possible, including in the Arab public.”

He added, “Ultimately existential reality will win out. There won’t be any other choice. We are integrated in a lot of industries, for better or worse, and in the end, reality will decide, everyone’s livelihood is important and everyone wants to feed their children. The economic pressure will return the market to its previous state, even if someone does not want to.” 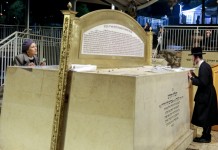 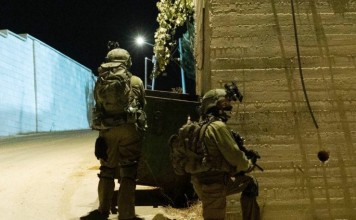