Have you received a money request from a friend? A few Lubavitchers told COLlive their WhatsApp account has been hacked and thousands of dollars were stolen via fake messages.

COLlive has received reports from multiple sources of a recent scam that has already swindled many people out thousands of dollars. The public is advised to be vigilant and aware of this disturbing trend.

A hacker manages to hack into Moshe’s WhatsApp and locks him out of accessing it himself. Then, they send an innocent message to all of Moshe’s contacts asking them to do him a small favor and send some money to a certain account. Moshe’s unsuspecting friends think that they are helping him when, in reality, the money is being sent to an account where they will never be able to retrieve it.

Some people have also reported receiving a message purportedly sent by WhatsApp itself, asking them to verify their account by clicking on a certain link. They are then asked for their personal information to “confirm” their account. In reality, this information is being fed straight into the arms of a hacker who uses that information to perform other nefarious activities that can be extremely damaging.

This scam has already affected members of the Crown Heights Jewish community.

It is extremely important that we remain aware and take the necessary steps to avoid becoming a victim of any such scams. Here are a few things you can do to protect yourself:

– Activate two-step verification on your WhatsApp account. This can be done on your device using the following steps: Open WhatsApp Settings>Tap Account >Two-step verification > Enable. Enter a six-digit PIN of your choice and confirm it. This prevents hackers from being able to access your account.

– If you receive a message from someone asking you to send them money, call them first to confirm that they are really asking you for this.

– If you receive a message asking you to share your personal information to “confirm” your account and you can’t think of a reason why they would be asking you for it, do not click on the link or provide any information. Companies do not send you messages like these out of the blue and it is most likely a scammer trying to steal your information. 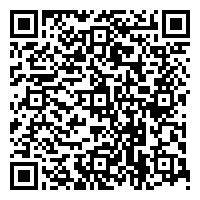