Knesset Speaker Yariv Levin on Thursday informed four Arab List MKs that there are some financial consequences to their failure to comply with the House swearing-in protocol.

On Wednesday, yours truly was the only reporter (to the best of my knowledge) to note the different treatment received by the Joint Arab List MKs who refused to recite the pledge of allegiance – compared with the treatment of the late Rabbi Meir Kahane (Arab MKs Get Away with Altered Swearing-In Text, But When MK Kahane Did It He Was Banned).


I’m not suggesting Knesset Speaker Levin actually read my story and then decided to take the steps I shall report here, but, hey, timing is everything.

To remind you, each newly elected member of the 24th Knesset stood and pledge, “I bear allegiance to the State of Israel and faithfully discharge my mandate in the Knesset.” But the oath was taken by Joint Arab List MKs Ayman Odeh, Samy Abu Shahadeh, Ofer Cassif, and Aida Tuma-Slima went: “I bear allegiance to fighting the occupation and apartheid.”

Regardless of where he received his inspiration, on Thursday, Speaker Levin sent those Arab List MKs (one of whom, Cassif, is Jewish) the following letter through the Knesset accountant:

Section 16 of the Basic Law: The Knesset stipulates that once the Speaker of the Knesset called on the Member of the Knesset to declare their pledge of allegiance and the Member did not do so, the member shall not enjoy the rights of a Knesset member until he or she has made the proper declaration.

In accordance with the opinion of the Attorney General given to the Speaker of the Knesset, I would like to inform you that until you declare allegiance in accordance with the provisions of the Basic Law, you will not be entitled to free travel by public transport, paid legal expenses, free government publications, paid communication services, newspapers, postal services, travel abroad on a Knesset mission, hotel expenses, participation in rent, clothing and other financial expenses, car expenses, reimbursement of travel expenses, a leased vehicle, and highway and fast lane tolls.

Incidentally, the four Arab MKs asked Speaker Levin to let them recite the proper pledge back on Tuesday, a short while after their heroic stand against the ills of the country that pays for all their expenses, and Levin—clearly peeved—told them to come back on Monday.

By the way, I’m pretty sure Rabbi Meir Kahane enjoyed this one. 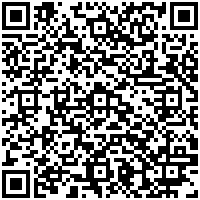