Israeli Deputy Ambassador to the US Baruch Bina addressed thousands of J Street supporters last week, after his appearance there had been initially hailed as the beginning of a thawing of the official Israeli approach to the largely leftist and pro-Palestinian organization.

Ha’aretz was among those rejoicing in what appeared like a major coup:


“The official Israeli presence at the J Street conference is more prominent this year than usual. This year the embassy will be represented by its second-ranking diplomat, Baruch Bina, who will actually address the group. Bina has ambassadorial ranking and was until recently in charge of relations with the United States in the Foreign Ministry.”

Leo Rennet of the American Thinker pointed out that J Street’s leader Jeremy Ben-Ami “gloated over his organization’s ability to snare Bina as its stellar attraction.” Apparently, listing Bina as a guest on the conference program was marking J Street as a Jewish voice on Israel.

As it turned out, Ben-Ami was in for a big surprise.

How big a surprise? Here’s the page on the J Street website dedicated to the conference. It offers screen after screen of video clips of every speaker at the 2012 conference. Arabs and Jews, rabbis and secularists, men and women. Only one video clip is missing. I suspect you’ll never find that one, at least not anywhere near J Street. The Baruch Bina speech has been removed from J Street’s official history. Try searching for “Baruch Bina” on the website, you’ll get the curt statement: “No results found.” It never happened.

[A few hours after this article had been posted, someone at the J Street website rushed to the video page and entered the line: “Remarks from the J Street Gala Dinner by Jeremy Ben-Ami, Anat Hoffman, Barukh Binah, Theodore Bikel, Davidi Gilo, and Ehud Olmert” above the very last video, which is a 2 hour and 45 minute long recording of the entire evening.

When working on this article, myself and another Jewish Press editor have tried feeding all the various possibilities of spelling the Deputy Ambassador’s name (Barukh, Baruch, Bina, Binah) and got zero results. That’s how we know the line has been added after we published the piece.

Another clue – in their rush to erase the evidence of their erasing the evidence, the folks from J Street listed the people on the tape out of sequence, probably from memory.

And finally, there is the before and after screenshot (h/t Challah hu Achbar) which is the dead give-away.

Compare the treatment all the top videos received, with names and titles, clipped just right to present each individual speaker – compared to the Binah speech, which is buried around minute 35 of a 165-minute long video.

As always, the attempt to cover up the coverup is the most humiliating… YY]

Bina was welcomed with a standing ovation, which slowly transformed into shocked silence as the diplomat proceeded to rebuke his audience, or as Leo Rennet put it, “administer a forceful spanking” to J Street and its agenda.

We bring you the entire speech delivered by Baruch Bina at the 2012 J Street Conference in Washington, D.C. on March 26, 2012, courtesy of the Israeli embassy website. We think it’s a masterpiece:

Sixty-five years ago, there could not have been a Jewish ambassador, representing the Jewish State, speaking to a Jewish audience in a flourishing and confident diaspora. Today, I come before you, my Friends, to greet and congratulate you on your third conference and to discuss our common goals and possible disagreements.

Our story is always exciting and un-expected, but in the last 150 years we have surprised even ourselves. We rose from the Ghettos of East Europe and the Malah of North Africa to create a dynamic, resourceful and vibrant democracy in an unusually hostile and oppressive region.

Nobody is perfect; and, as a 7th generation Israeli born I know full well what needs to be fixed in my own society. I salute those individuals and organizations working for grass-roots improvements within Israel, and I personally attempt these corrections every four years when I cast my vote. Sometimes I have it my way, and sometimes I do not. It is called Democracy.

I understand that you, my friends, are all about future and hope. So are we, the young and most energetic country that we are. But while our view is towards the future, we dare not forget our past. History must not shackle us, but its lessons must guide us. And please, do not tell me that it is no longer relevant, because it is. (It is alive and scorching just like the trail left by an Israeli Air force F-16, flown over Poland’s valleys of death by the granddaughter of the commanders of a Ghetto revolt. It is alive in ink on paper as long as a 12 year old, an 8th generation Israeli born, dedicates her Bat Mitzvah Book to “members of my family whom I never met”, though nobody coached her in this direction.

We look today to our two flourishing communities – in Israel, and here in the United States; each shoulders an historic and current responsibility for the survival of the Jewish people. Our relations are therefore of the utmost importance, and we must guide them with principles that will ensure our partnership.

I come to you today not only as the second highest ranking Israeli diplomat in the US, but as a brother (and I have an extensive American family). We share your democratic values. But unlike your secure existence between these happy shores, an ocean apart from the bad guys, our borders are curved and dusty, and made of missiles and mayhem. As we continue to face intolerable threats, we sometimes have to make decisions of life and death. We welcome the opinions of our brethren in the Diaspora, especially on issues of Jewish identity and pluralism, but at the end of the day, it is we, the Israelis, who must bear the ultimate burden and may have to pay the ultimate price. And we, dear Friends and Family, have no margins of error; none whatsoever. 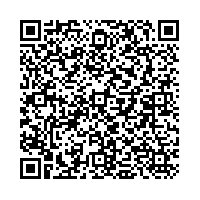