Hirschfeld, a vocal member of Ta’ayush—another member of which, Ezra Nawi, has been surrendering Arab land brokers to be tortured and killed—frequently harasses IDF soldiers and Jewish residents in Judea and Samaria, taping them as they are being provoked. Their favorite nickname for settlers is “Jewish garbage” and “Judeo-Nazis.”


During one such provocation, which was reported last year by Israel’s public broadcaster KAN 11, Hirschfeld launched into a racist diatribe against an IDF soldier of Ethiopian descent and told him to “return to his pen” in Ethiopia.

According to NGO Monitor research, Ta’ayush is fiscally sponsored by the Alliance for Global Justice, an American non-profit organization that “envision[s] societies which explore and implement alternatives to the unjust domination of government, global financial institutions and multinational corporations.” This enables Ta’ayush to receive tax-exempt donations in the United States.

Recently, members of Im Tirtzu led by the organization’s project coordinator Yehuda Sharabany have been filming and uploading videos of Hirschfeld’s activities to social media, where they have been viewed hundreds of thousands of times.

Last month, members of Im Tirtzu together with wounded IDF veterans protested outside Hirschfeld’s home and distributed flyers with information about Hirschfeld’s anti-IDF activities to his neighbors.

Hirschfeld responded by filing a restraining order against Im Tirtzu, which was rejected by the court on the grounds that Im Tirtzu’s activities constituted a legitimate democratic device.

“These circumstances do not justify granting a restraining order,” wrote judge Michal Sharvit, and added, “Many times the petitioner (Hirschfeld) came close to the camera lens of the respondent (Im Tirtzu) and laughed, sometimes sang, in a manner that indicates that he was not concerned or harassed by the respondent. In another instance, [Hirschfeld] said ‘who am I afraid of, the Jewish garbage? Do you think I am afraid of garbage like you?'”

Im Tirtzu’s Sharabany thanked the judge and called Hirschfeld a hypocrite for trying to prevent Im Tirtzu from exposing his anti-IDF activities.

“So long as Hirschfeld continues to harass IDF soldiers, we will be there to expose him and ensure that the people of Israel know who he is and what he’s doing,” Sharabany said, and vowed that “Im Tirtzu will continue to film and expose all those who seek to harass our soldiers.” 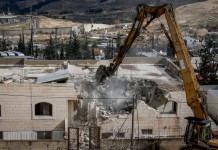 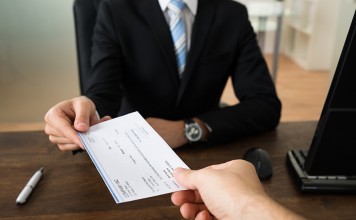