Zionist Group Im Tirtzu sent letters to dozens of Hebrew University donors, calling on them to “not stand idly by” while the university continues to provide legal support to Lara Alqasem, a former student leader of the virulently anti-Israel and pro-BDS “Students for Justice in Palestine” group.

Alqasem was slated to begin a master’s degree at Hebrew University but was forbidden to enter the country in accordance with the 2017 law barring entry to BDS activists. The Hebrew University administration has sided with the anti-Zionist leader as her ban has been appealed all the way up to the Supreme Court, where a judge on Sunday placed an injunction on it pending a debate by a panel of three justices.

In his letter, Im Tirtzu’s CEO Matan Peleg wrote that Hebrew University’s defense of Alqasem not only harms students in Israel, “but harms every pro-Israel student in the United States and around the world who is struggling to combat the BDS movement.”

“By defending Alqasem,” the letter continued, “Hebrew University is sending a demoralizing message to pro-Israel students around the world and is providing a boost to the BDS movement.”

The letter also called attention to Alqasem’s support of Rasmea Odeh, a convicted terrorist who murdered two Hebrew University students in 1969. During Alqasem’s tenure as president of “Students for Justice in Palestine” in the University of Florida, she organized a demonstration in support of Odeh.

Urging donors to bring up this matter with the university leadership, the letter concluded: “We cannot stand idly by as the great Zionist legacy of Hebrew University becomes tarnished by political agendas on behalf of those who oppose Israel’s right to exist.” 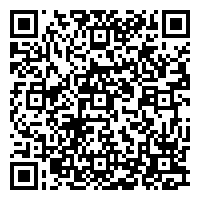