The Jerusalem Municipality, through the local planning and construction committee, approved a new plan for commerce, hotels and housing on Hebron Road.

The new project comes as the entire face of Jerusalem is changing. New high rise buildings have been going up everywhere in the last few years and new routes for the city’s light rail are being developed. A visitor who has not seen the city in many years would likely not recognize it.


The biggest example of these changes is the entrance to the city, where the main highway from Tel Aviv meets Jerusalem. First, there was the Chords Bridge located right there which was built for the light rail trains to pass over street traffic.

Now, an entire complex of more than a dozen new buildings is going up between Jerusalem’s Central Bus Station and its National Convention center, as well as in the area alongside it. What was once unthinkable for the city, high rise office buildings will soon characterize the entire area of the entranceway to the city, right where the train station for the new line to Tel Aviv was opened just a few years ago.

But this new construction is not limited to this area. What were once long ago the city’s outer neighborhoods are transforming into an extension of the center of town, characterized by office spaces and commercial centers. And this is true for the length of Hebron Road as it heads southward away from the area near the Old City of Jerusalem.

The area to be developed sits on roughly a quarter of an acre of space in the Arnona neighborhood at the intersection of Hebron and Zvi Neumann Roads, on land void of construction.

The plan is for the construction of an 18-story building with 80 housing units, of which 47 will be reserved for long-term rentals for 15 years and 17 hotel rooms.

The plan was submitted in accordance with the construction and development policy along the light rail routes.

This is one of a series of projects being promoted for Hebron Road. The new projects will cross the future blue line of the light rail and has the goal of turning the Hebron Road into an urban boulevard with mixed residential, commercial, hotel and office use.

The planning and construction committee also heard objections to the plan and decided that what was submitted complied with the policy regarding overcrowding along light rail axes, and recommended that the district committee approve the plan.

Mayor of Jerusalem Moshe Lion said, “Jerusalem is developing, as is the need to expand the supply of apartments, public buildings and the cultivation of public spaces.”

“The construction plans on the Hebron Road promote this and form part of the municipal policy to address the young people and the development of the city,” he added and promised, “we will continue to do our best for the residents of Jerusalem.” 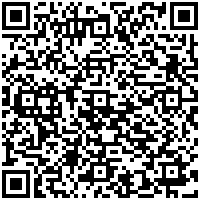