On Chanukah, I was determined to be proactive and attend as many Chanukah events as I could – given that many were geared toward singles. The parties were so well done and there were a few guys that I was interested in. But everyone seemed to arrive in groups and then mostly stuck together. While there was some mingling, friends seemed to stay in their own circles. So, while I wanted to know more, nothing happened after the party ended. I had a nice time and met people, but that’s it. Where did I go wrong?

Interesting fact; shockingly, I’m not that great at golf. (That’s generous, I’m terrible.) We recently went to a golf range and tried our best to discern a driver from a putter over talk of birdies and double bogeys. The targets all looked great and we grew more enthusiastic with every swing, but frustratingly, a hole in one morphed into a ‘hole in none.’ We disregarded the rules, the guidelines, and golf pro tips offered by the staff. Apparently, (who knew?) that matters.

In Golf and In All…

I was so glad to hear that you eagerly attended parties that catered to singles to expand your dating horizons. You wanted to connect with guys that you could potentially date and you were intrigued by those you met. Yet, even though there were some casual conversations, they were mostly in groups, and impersonal. You wanted to get to know some of the party goers more, but nothing happened after the nights ended. You wonder if this was time wasted, and what you could have done to encourage a better result.

Going to a singles event is great. Going with a positive attitude and a willingness to connect is even better. There are some things you can do in the future however, in order to support a connection after the party ends.

That Determines the Call.

Interest: At the party, it is important to showcase interest in any of the people that seem appealing to you. Simply standing in place or talking only to those who approach you is not enough. Instead, make eye contact, smile, and engage anyone who seems exciting. This will clearly highlight your interest and encourage a guy who might be reticent to approach you.

Courage: If a conversation seems to be going well (even in a group) and you would like to get to know someone better after the party, muster up the courage and share a way to connect with you. You can offer an email address, the number of a good friend who might vet him for you, or another means to contact you; and while there is no guarantee that he will follow up, your offer will certainly give you better odds.

Focus: At an event remember that focus is key. You are not there to make new friends. You are there to meet your potential husband. This will remind you to spend time with the guys that seem like they are well suited for you, versus others that might not be. Of course, friendliness to all is vital, but a more focused approach will be more productive toward meeting that special someone. Remember, following “party rules” matter as you “drive” toward your future. 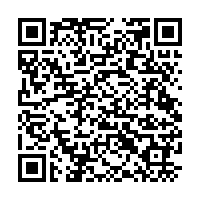